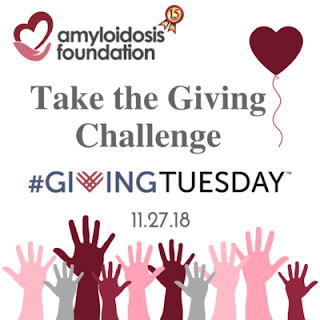 The Tuesday after Black Friday and Cyber Monday has been designated as Giving Tuesday.  It seems fitting that after Thanksgiving and during the holiday season we should try to give back to others.  I had not really heard of Giving Tuesday until this year, but it seems like the perfect time to pay it forward.  I have so many things to be thankful for this year.  And I am especially grateful that my mom was able to enjoy Thanksgiving after her stem cell transplant.
You may have read my post about making southern dressing for Thanksgiving, and I talked a little about my mom and her diagnosis of Amyloidosis.  Today, I want to share a little more and explain why this Giving Tuesday I am supporting the Amyloidosis Foundation. 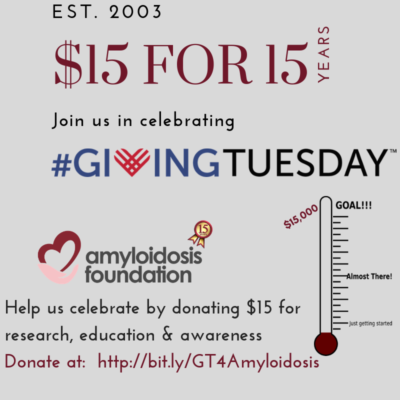 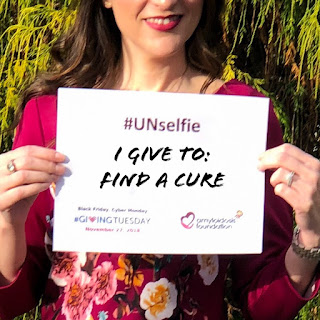 Lastly, I would like to thank the staff at the UNC BMT. The nurses there were exceptional.  There is also a place that patients families are allowed to stay called the SECU Family House. The people and support you receive here is also amazing. And here in Hendersonville, I would like to thank Dr. Navin Anthony; he is so fantastic.  He is one of the kindest and most empathetic physicians and really cared about my mom and still continues to monitor her.
35.3664107-82.5077593